Music is one of the defining traits of the Appalachian region. It is an example of traditional practices that have evolved with the flow of people through the region and the rise of industrialization. 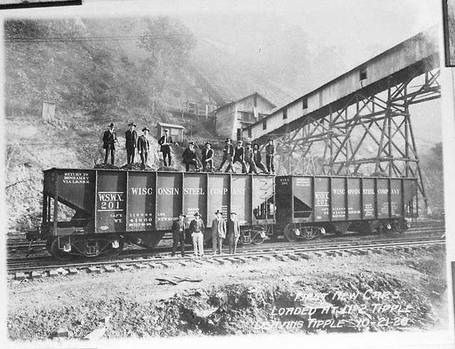 The Industrial Revolution swept across the nation during the 18th and 19th centuries. During this time there was a transition from handmade goods to predominately machine-made goods. Factories were built all across the United States to help ease the manufacturing process, as well as speed up and lower costs of production. Rural and agrarian lifestyles were gradually becoming obsolete as urbanization and modernization took over. By 1900, in North Carolina alone there were 177 textile mills, 44 furniture factories, and tobacco production was on the rise across the state. Learn more about the industrialization process here. 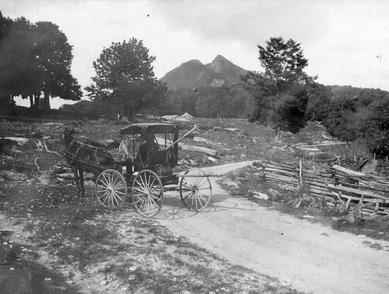 Appalachia has always been a historical meeting place for Native, African, British, and other European cultures, especially in terms of music. Clogging and string­band traditions are evidence of British and West ­African interaction. The banjo comes from African origins, and African­ American musicians had a large influence on white banjo and fiddle playing styles. Scots-­Irish culture also had a large influence on Appalachian music, dance, and storytelling traditions. Learn more about the history of migration here. 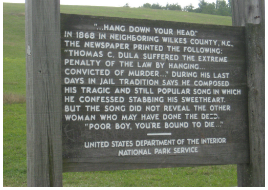 The Ballad of Tom Dooley

It seems like a simple story, a love triangle gone wrong, but when we look into the historical records, we begin to uncover another story, which quickly becomes more complex and more mysterious. The Ballad of Tom Dooley is based on the real trial of Tom Dula (or Dooley as it was pronounced by people in the region) for the murder of his sweetheart, Laura Foster. Learn about Appalachia's ballad tradition here.